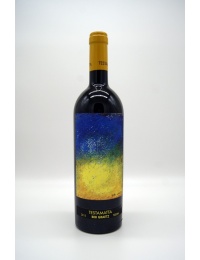 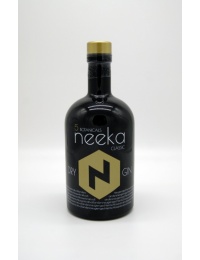 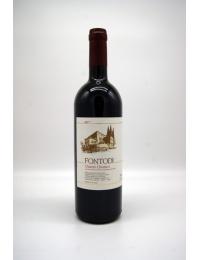 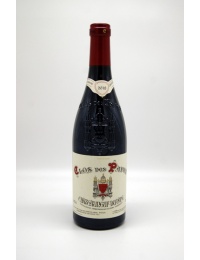 The 2019 Riesling GG Hermannshöhle offers a pure, intense, complex and flinty bouquet with dashes of lemon juice and crushed stones. On the palate, this is a full-bodied, intense and salty-mineral Riesling with great finesse, tension, balance and site expression. The finish is very long, salty and tight yet stimulating in its bright and precise nature. A fantastic Hermannshöhle! Tasted as a sample in Bremen, April 2020.

The basic maturity in 2019 was similar to 2018, Cornelious Dönnhoff reported in a video chat in April. “The warm spring caused an extremely early budding, which was even earlier than in 2018.” However, a cold period in May thankfully slowed down further development and made the canopy management easier. A heat wave similar to that of 2018 followed in June, but the soils were still well supplied with water from the previous winter. Nevertheless, in some cases considerable sunburn damage could not be prevented when temperatures reached 40 degrees Celsius, especially not on shallow, stony soils. The loss of sunburned berries in the following period caused a natural yield reduction. Meticulous selections had to be carried out in autumn, because sunburned berries lead to a certain undesirable astringency in the wines. “The leaf wall was not yet closed in June,” explains Dönnhoff. “The damage also affected the western, non-defoliated leaf wall, because the heat at these temperatures mainly reflects back from the soil.” The eastern side is de-leafed so that the sunlight strengthens the grape skins and provides natural sun and botrytis protection. Overall, 2019 was initially similarly dry as 2018, but there was also heavy rainfall, which prevented drought stress and brought the vines through the summer well. The harvest for the sparkling wines began early again, at the beginning of September. The main harvest started right after the annual auction on September 23rd and lasted four weeks. Until October 22nd, the harvest team worked under “quite a lot of stress,” because “with the beginning of the harvest there was a bad weather front, which brought us showers almost every day, but only a few consecutive sunny days,” Dönnhoff Jr. said. “That worked out quite well, but it was a hard fight due to problems with rot, especially in the late days of the harvest, even though we cannot speak of an unusually high amount of botrytis in 2019.” Thus, the harvesting team was divided into two groups, the first of which went ahead to discard borderline grapes so that the following group could pick what was left hanging. At the winery, the grapes that were found to be good were then sorted again. “We had to hurry in 2018 to keep the must weights moderate, but last year we were driven by the changeable weather,” Dönnhoff said, summing up last year’s harvest. In comparison to the hot 2018 vintage, Dönnhoff noted that the nights in 2019 were a bit cooler, which means that the acidity has held up better and is two to three grams per liter higher than in 2018. “However, it is not sharp, but ripe, energetic acidity that gives the wines a special kick,” says Dönnhoff. The alcohol gradations are also about half a percentage point below those of the previous year. If the grapes were still slightly crushed before pressing at the beginning of the harvest, with increasing ripeness and thinner skins, the grapes were pressed as a whole to keep the fruit clear and elegant. In the cellar, fermentations ran smoothly due to the low pH values and good nutrient supply. Harvested between the beginning and middle of October, the Grosses Gewächs Rieslings yielded a moderate 12.5% alcohol in 2019. Dönnhoff's 2019 estate wines were bottled “at full throttle” during Holy Week, the single-vineyard wines followed after Easter and the Prädikate in May, while the GGs were kept on the lees until May/June. The yield of 10% to 15% below average is within the usual tolerance range. The lean and vital yet intense character of the 2019s as well as their high extracts make the wines classy long-distance runners. As always, the finest wines of the vintage include the grand crus and Prädikate from Spätlese onward, namely from the Hermannshöhle and the Dellchen. 2019 is another excellent to great vintage for Dönnhoff. 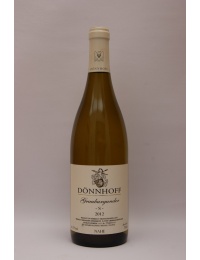 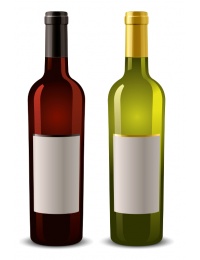 Suckling 92, A very attractive, just off-dry riesling with tons of fruit-salad character, but no hin... 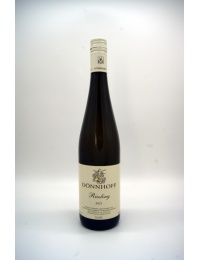 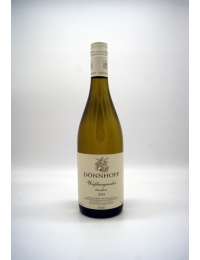 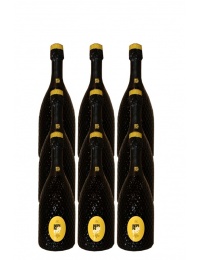 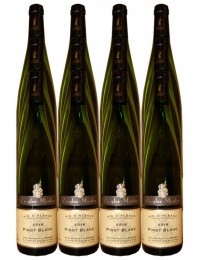 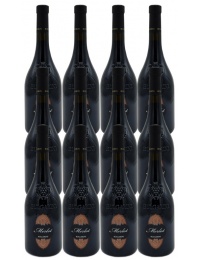 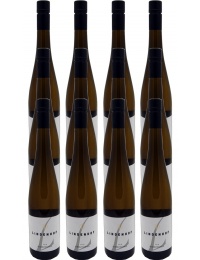